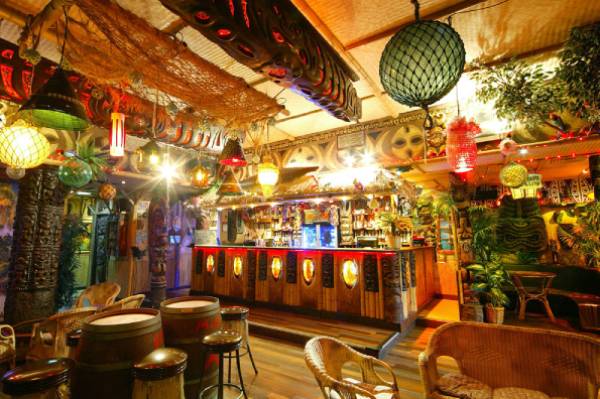 Melbourne provides one of the best LGBTQ-friendly events judging by the enthusiastically accepted annual gay festivals like Melbourne Queer Film Festival, Midsumma Festival, etc. This is where dating a gay person can have real fun, as one doesn't have to keep their views under wraps anymore. The club scene is no different, with tons of lively gay bars spread all across the city. Some top bars for men seeking men worth checking out include:

If you know the wild Chapel Street nightlife well, there is a new joint that promotes gay dating known as Attik. This cool place has a club, a bar, and a lounge. For all queer Melbourne girls, Friday nights are for you where fun-filled Mother parties take place. Not only do you get entry and a cloakroom for free but also popcorn as well as midnight pizza. Mother at Attik is one of the best places for men seeking men, as it offers the best environment for male lovers.

This a popular joint that likes to hit the nail on the head judging by their slogan "a gay club for homos". The naming itself surely sparks some enthusiasm; all you need to do is visit Chasers Nightclub in South Yarra on Saturday nights to experience unforgettable gay dating. With several hottest DJs in Melbourne and regular theme nights, queers can expect to enjoy lots of flirty fun, great music, and dancing.

This is a renowned gay spot not only in Melbourne but also within the international same-sex community. Since it was launched in 1980, it has remained the most recognized and loved bar in Australia that specially caters to men seeking men. You can enjoy nightlife and a serene beer garden that has the perfect ambience for dating couples. Every Thursday, you can enjoy the Spit and Polish theme night that requires you to wear some leather clothing, and you get buzz cuts for free, including a boot shine. That is not all; all guests are allowed to use pool tables for free.

DT's Hotel is a romantic spot in Richmond for male couples. It boasts a magical garden, oasis, palm trees, and ponds where gays can experience mind-blowing flirting, dating, and simply enjoy their time. It offers a packed roster of wildly popular events weekly, including:

This bar is a popular dating spot that looks industrial with nice brick walls but is also super chic. An example of its popular feature is a pop-up bar known as Bar Kylie, named after famous superstar Kylie Minogue from Australia. The people there dance to Kylie Minogue's hit songs and savour great and memorable moments. Also, you can enjoy drag roulette and drag bingo, Hip Hop Wednesdays, Friday Drag Shows, as well as Saturday guest DJs.

Learn About Gays in Melbourne

Saying Melbourne is magical would be an understatement. With breathtaking landscapes and beaches, it can easily be described as the most exciting place in Australia and one of the world's best cities. If you go to Australia and don't get a taste of Melbourne and its environs, that would be a crying shame. With some of the finest coffees and wine worldwide, it goes without saying that dating there is like riding a roller coaster.

When it comes to the LGBTQ scene, this is a top and famous city where you can feel very proud to be a male seeking romance. The Melbourne Queer Film Festival and Midsumma Festival are annual gay appreciation events with a following worldwide. If you want to enjoy some mind-blowing gay dating in this city, there are countless bars and restaurants where you can be yourself without a single care.

Melbourne, being a very beautiful city, is ideal for tours so that you can seep it all in as you enjoy the company of the gay sweetheart you're dating. Some of the gay-friendly Melbourne tours worth trying include:

Every dating service is only as good as the last experience.

WantMatures is known for being a great dating site for older singles that are looking for dating opportunities.

When you meet someone on a dating site, you can assess some of their aspects.

The quote that says "the way to a person's heart is through the stomach" is true, especially where dating is involved.